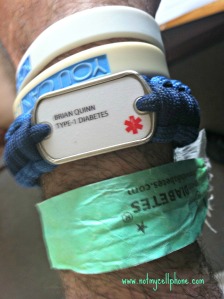 I have found myself having such difficulty with writing this post. Not because I didn’t know what to say, but it was more the fact that I could not put the words in the right order. My life is public speaking and preaching and yet three plus weeks post Friends For Life 2013, I have yet to put anything to to keyboard. It is strange.

I think part of the reason for this, is because leaving this year was so bittersweet. I had a great time, actually and amazing time, yet because of that amazing time, I also do not want to think about the fact that I had to leave. The time spent in Florida with all the green bands is truly just an amazing time. There are no words to explain the feeling. To than need to go back to ones “ordinary” life is just sad on some level.

Well anyway, the journey to Florida was uneventful. My friend Jeanette and I were both flying out of the same airport, but we did not travel on the same plane, so I was preparing myself to hopefully find her at the airport or afterwards. Because of an unbelievably long security line, I missed seeing Jeanette by about two minutes. My security screening is pretty much second nature to me at this point. I put all the things I can on the belt, tell them I want to be patted down, and move on with my day. No arguments, no fights, easy as pie…. (pie, yummy). My flight was uneventful. I sprung for the extra leg room, which was nice. I could fit my back pack, my camera bag under the seat and still have the space to stretch out. Well worth the $39.

At the airport, I went to pick up the rental car. Normally, I would magical express things, but since Sara and I were staying at a different hotel, we decided to rent a car. Which was a great choice and idea. I mean we could have sorted out Disney transportation to get to the conference, but I am guessing that it would have been hectic for some people to follow that plan.

Enter our $12 a day car, bid on two weeks before hand with a certain travel negotiator. Went with the cheapest and smallest model we could get. We just needed wheels, not luxury. Meet our car. The tiniest car in the world. 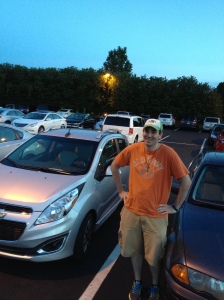 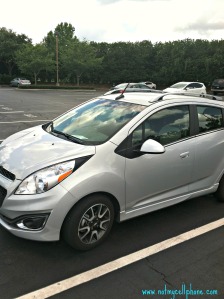 The Chevy Spark, is a tiny four person car. It had more room than it looks, but if you put the car in the middle of a parking spot, I am still not sure if the space left over would be bigger than the space the car was taking up. Oh well. It was a good car, it had great gas mileage, it fit us and our traveling companions when necessary, so it was good. Again at $12 a day, you really could not go wrong. Although, I was worried about Scott Johnson, trying to get into this car. There is a video out there somewhere of Scott having issues with Sara’s tiny, low to the ground car, somewhere. I won’t try to find it though, that would be mean.

Anyway, the car was a good choice. Monday, was just a day of fun and relaxation. Jeanette and I went and rode some rides and just kinda chilled at the parks. 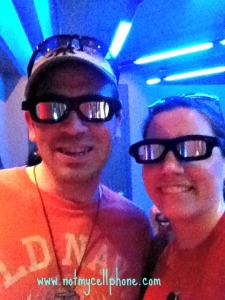 It was a great day. My friend Krista met up with us for some drinks and we just took it easy the first day, eventually finding Sara too for a fun night.

Tuesday was special, Sara, Jeanette, Meri and the boys, Meri’s SIL Lisa, and myself went to the Magic Kingdom. So many great memories and stories. 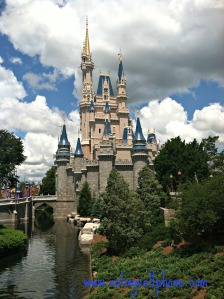 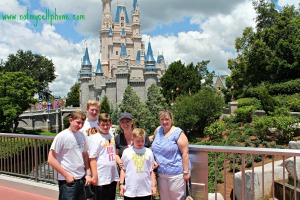 Anyway, the six busted pancreas’s and 3 functioning pancreas’s made the day ours. We had snacks, we rode rides, I took B on Splash Mountain for the first time, I forget what it is like to be young and not have done a ride like that before. He survived it and enjoyed it, my hearing may never be the same, but it’s all good. M never got wet, apparently I shielded him quite well on our descent! It was a great day.

Later that afternoon, after some YCDT errands with Sara and Jeanette we met up at Epcot for dinner Chinese food and a few rides/the fireworks. Watching Meri play pancreas was amazing all day. She could look at anything and figure out everything. At meals she pulled out the test strips and lancer and just did whatever fingers were stuffed in her face and tested. Since I was playing lazy at night and did not want to have any bags, I left my meter back at the hotel and brought my lancing device with me and just stuck my bloody finger out while Meri tested the boys and she happily included me in her testing routine. I didn’t ask her to carb count for me, but was amazed at how spot on and accurate she could be in her duties. Mad props to Meri for that.

It was a good day. We had fun, we bonded, we never let any high or low numbers affect us. We just did what we needed to do and enjoyed ourselves and the day.

There are more stories to tell. I just ran out of time to continue writing today. Hopefully more tomorrow. Have a great day all.

Five bonus points to whoever can correctly identify where the title for the post derives from.

4 thoughts on “It all started with a green band”