What is the ideal diabetes service animal? Think beyond the obvious and be creative in explaining why your choice is a good one. For example, maybe a seal would make a good service animal – it flaps its flippers and barks every time you get a good blood sugar reading!

Ever since meeting Becca two years ago there has been a small running conversation between some of my peeps about service animals. Never in a bad sense, hence the crossing out of joke. We say certain things jokingly, but we truly mean the greatest amount of respect to Becca and all of the other service animals out there. They are truly amazing creatures. I wouldn’t mind one myself, but not at the cost some places charge for them. Anyway, so this prompt obviously piqued my interest.

Again, back to Jess she thought I was all about getting me my service penguin. I have mentioned it before in a blog post, can’t find it for the life of me though. So yes I have a fascination with penguins. It’s okay though, there could be worse fascinations. However, the practicality of a service penguin got me thinking about could that ever work. Unless I move somewhere really cold no. And even then assuming one could be trained could it work?? Nope. 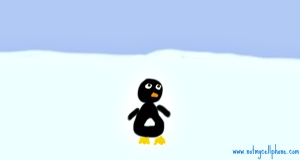 Yes, if I was low, the poking peak would be a great warning. The same could be said for being high. But I think that is all that could work for me. Penguins are small, need cold temperatures, and don’t really have the dexterity or ability to carry treats/juice boxes anywhere. Not to mention people would so want to touch the little guy to see how ticklish penguins actually are.

So that bad boy is out. As great as it would be to have a legitimate reason to have a service penguin.

The other thing we found fascinating were the ideas of service ponies. I want to blame Jacquie for the service pony conversation along with Sara. Anyway, I think our fascination was the fact that service ponies have shoes or sneakers. That brings its own set of problems for me. 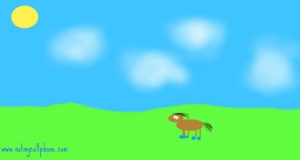 I would want my pony to have matching shoes to go with mine. Sneakers are quite expensive. To get custom pairs to match my sneaker/sock taste would be a cost travesty, plus I would have to think the clean up/disposal of certain things could get quite costly. Plus have you ever tried to pick up a pony? No, me neither, but I would assume travel could be quite difficult as well. Oh well, so the service pony is out as well now.

That brings us back to the idea of a real service animal monkey or dog?? That’s a toughie. I mean the monkey has obvious perks and benefits to it, but I think I would have to stick with a service dog as being the ideal animal. Dogs are awesome, I am sure it is an established scientific fact somewhere. They meet many different requirements. Size, intelligence, and speed. (Imagine a service sloth.)

They have an established training history and success rate. Plus they can serve as a portable heat source when necessary. So yeah, I’d have to stick with a dog even if I wanted something else.

Disclaimer: I am not the greatest artist my penguins are okay, but I have never drawn a horse/pony. That is the best I can get to an excuse for the awesome awkwardness of the service pony.